Together with the Wietmarscher Ambulanz und Sonderfahrzeug GmbH (WAS) and Senger Rent, WELP Armouring has developed and built an armoured Mercedes Benz Sprinter F-MSC ambulance for more safety when operating in crisis areas.

At the Enforce Tac, the international trade fair for safety and security management for government agencies in Nuremberg, the specialist for special protection vehicles presented the fully armoured Sprinter to trade visitors. In addition, the authorities were able to experience the protected police vehicle F2-TLC900 based on Toyota Land Cruiser 200 and armoured by WELP Armouring – with success!

“We are proud that we have developed two of the best-protected emergency vehicles in their class with the ambulance and the police vehicle,” explains Ronald Gerschewski, Managing Director of the WELP GROUP based in Georgsmarienhütte. “Many good conversations and inquiries have confirmed that the two newly developed models complement our range of first-class protected vehicles exceptionally.”

With 242 exhibitors and over 3,500 visitors, Enforce Tac has once again demonstrated, in its seventh edition, that it”s one of the world’s premier international trade fairs for law enforcement and government agency equipment providers. “The Enforce Tac is therefore an ideal platform for us to present our new developments to an interested, professional audience and to discuss the latest technical developments, techniques and technologies concerning security with police and authorities, even at the highest technical level.” reports Ronald Gerschewski.

Like all special-purpose WELP Armouring vehicles, the first armoured Mercedes-Benz Sprinter F-MSC ambulance cannot be distinguished from a normal Sprinter from the outside. But under the Mercedes Benz outer skin there is an armour according to VPAM VR6 / BRV2009, which protects the fully equipped F-MSC ambulance with the know-how of WAS in an unprecedented way. The armoured vehicle is protected in the patient room with a steel cage of protection class VR6. In the ceiling, floor and side walls are five-millimetre-thick steel plates incorporated, which withstand, for example, the bullet of an assault rifle (AK 47).

So far WELP Armouring has armoured its F-MSC for use as a passenger transporter, value transporter or troop carrier. The ambulance is now another available option. Additionally, the list of individual configuration options is unchanged long. Depending on the intended use, the vehicle can be set up to the highest protection class (VR9). The protection concept is based on WELP Armouring typical modular design and is completely executed as bolt-armour. Vehicles such as the F-MSC ambulance do not attract undue attention, as the protective armour is not visible under the normal outer skin. On the Enforce Tac, the transporter with these characteristics quickly became an eye-catcher.

Another was just a few meters away: The special-purpose protected police vehicle F2-TLC900 based on Toyota Land Cruiser 200 has passed all the bombardment and fire tests according to VPAM & STANAG 4569 in time for the fair. Due to the hot-formed wheel arch shell, the F2-TLC900 can withstand a six-kilogram landmine on the front wheel (level 2a), as well as hand grenades and a side impact. It fulfils all standards of protection class VR9. Governments, embassies, aid agencies and special task forces around the world already prefer the F2 TLC, which is available in the VR7 and VR9 protection classes. Again, the special-purpose protection vehicle is not to be distinguished from the production model, making the armoured Toyota Land Cruiser interesting as a police vehicle in vulnerable areas. 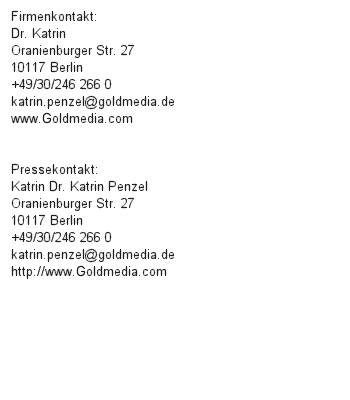